WE all like to spruce up how we look now and again, whether its form a new hairdo or a new makeup look.

But one woman has stunned people on TikTok with a video showing how different she looks with her fake fringe attached.

Naomi who is a model shocked users with how different she looks without a fringeCredit: TikTok/@na0mitayl0r16

The TikToker and model got a strong positive reaction from women in the comments after sharing a video of herself with a clip in fringe and how she looks once she takes it off.

Initially she shows users what she looks like with a clip in fringe and the most incredible green eyeshadow look that accentuates her blue eyes.

She wrote in the video: “Catfish 101: How to catfish all the guys into thinking you’re hot, then when they fall in love you can finally…”

The woman, Naomi Taylor, then takes out her hair piece to reveal what she looks like underneath.

People couldn’t believe the difference between the two looks, and many women were inspired to buy their own detachable fringe piece as they felt they too would look better with one.

Many people found the video humorous and admitted Naomi was still a stunner with or without the fringe piece, she is a model after all.

One user wrote: “Girl I was scared at first then I was in love again.”

“This is hilarious! You look good both ways!” Exclaimed another person.

Another commented: “dang couldn’t even tell they were fake bangs…btw you still beautiful girl.”

Other users loved the idea of fake bangs and asked Naomi; “Where did u buy the clip in Fringe? I want it,” and “can I ask where you bought that? It looks so good!”

Naomi told users she had bought the hair piece on Amazon, where they have a variety of colours and styles. 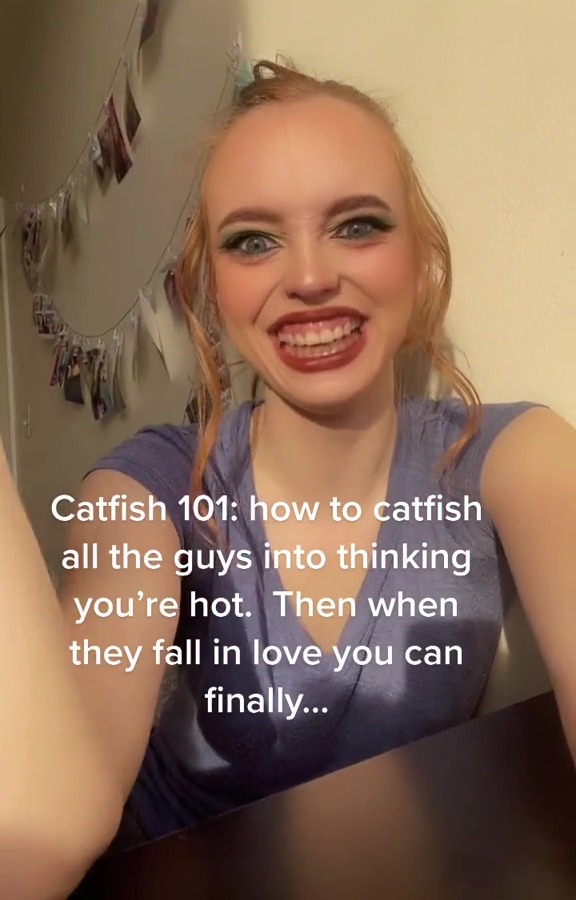 Many people said Naomi was still a stunner without her fake fringe and asked her where they could buy oneCredit: TikTok/@na0mitayl0r16

For more catfishing stories, check out this woman’s incredible transformation with makeup.

For makeup tips, one woman reveals how to make your makeup last all day without touch ups.