A YOUNG woman has taken the internet by storm after re-piercing her nose with no professional kit in sight.

In a short clip on TikTok, the user @blind_molerat revealed how she resorted to somewhat bizarre methods to re-pierce the nose piercing that had began to heal up.

With no piercing kit in sight, she decided to use her name tagCredit: TikTok/@blind_molerat 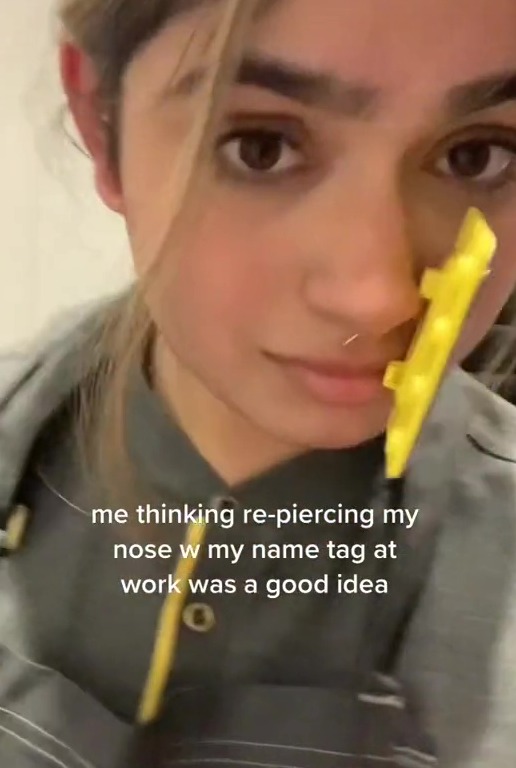 Viewers were mortified, with some concerned about the hygiene aspectCredit: TikTok/@blind_molerat

But because Blind Molerat, who’s an employee at McDonald’s, was on a shift at the time and had no professional kit available at hand, she decided to use the safety pin on the back of her name badge.

The viral beauty blunder, which has been seen by more than 400,000 in just two days, shows the young woman with a name tag pierced through her nose.

The footage also revealed the safety pin peeking through near the septum area.

But that didn’t appear to be the most bizarre part of this video, as it was later disclosed in the comments that she hadn’t sanitised the pin prior to the DIY appointment. 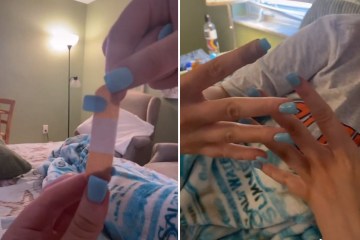 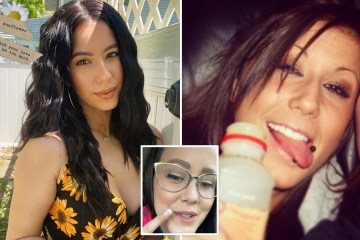 ”idek myself [sic],” Blind Molerat captioned the video, showcasing the aftermath in a zoom-in.

As well as having a large hole on the left side of her nose, the McDonald’s employee also appeared to suffer from a slight swelling and dried-up blood.

Viewers were mortified, with some taking it to comments to share their reaction.

”Top2 of ur worst decisions and it’s not 2 [sic],” someone thought, whilst another chuckled and called it ”Mcpiercing”.

A third left a comment reading: ”U rly let the intrusive thought win [sic]” alongside a crying emoji and a fellow user seemed to be perplexed: ”
i’m sorry what.”

”No wonder u work in McDonald’s [sic],” an online troll said.

However, it wasn’t all critique, as some felt inspired after the video, like this viewer: ”I wanna try this.”

Despite the viral reaction, Blind Molerat later shared a follow-up video singing in a car.

”idk why people hating [sic],” she wrote in the caption, whilst claiming her nose was fine now.

”Don’t cha wish your girlfriend was a freak like me?” Blind Molerat was lip-syncing to the famous 2005 hit by The Pussycat Dolls. 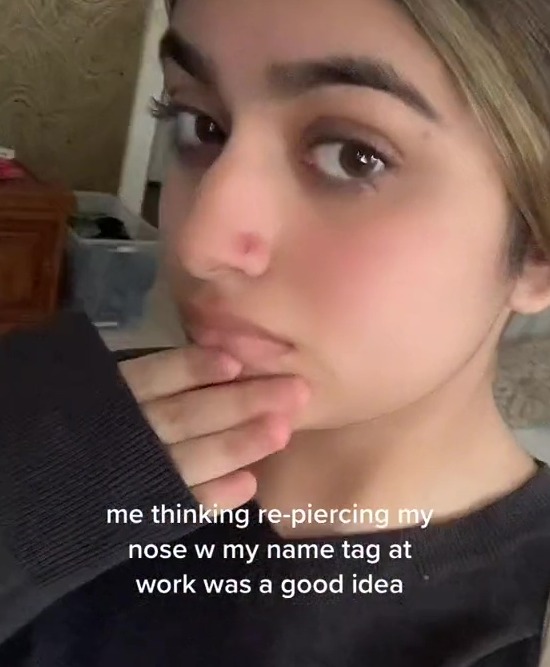 Despite the critique, she revealed her nose has healed nowCredit: TikTok/@blind_molerat 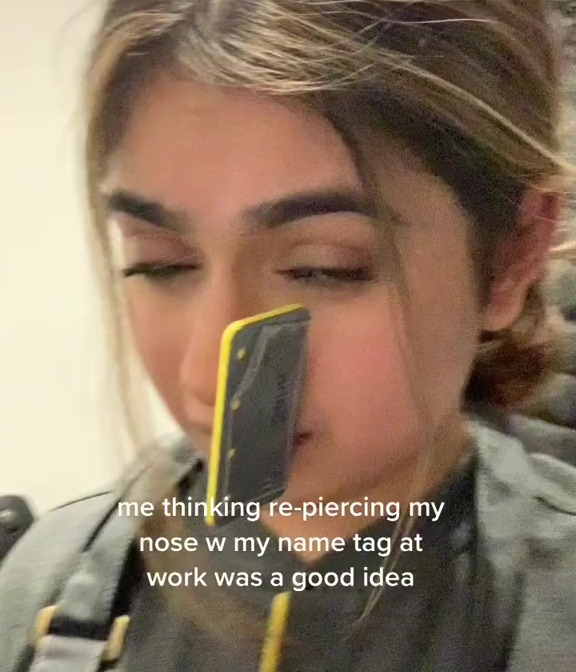 The bizarre decision left some in stitches, others horrifedCredit: TikTok/@blind_molerat