RESEARCH has found that more than half of us have felt less pressure to be groomed since the start of the pandemic.

But for one woman, she’s never felt this pressure and has admitted she hasn’t shaved her armpits in ten years.

Taylor Tilt took to TikTok to show off her body hair and unlike others, embraces her natural hair.

Many people have called her horrific names and referred to her as a ‘foul farm animal’, but Taylor doesn’t let these comments get to her and insists she isn’t ditching the hair.

In one video which has since gone viral, Taylor asks: “Am I gunna give up 10 years worth of not shaving?” to which she throws the razor down.

Taylor smiles as she proudly shows off her armpit hair.

She said: “Some people be acting like we aren’t all made this way.”

When asked “Why keep the hair?”, Taylor explained: “I feel more like a woman with it.

“Been told my whole life to shave then saw another woman not and I was upset by it so I tried it and I loved it.”

Contrary to common belief, Taylor confirmed that having armpit hair as long as hers doesn’t itch, but she said ”the stubble after shaving sucks.”

Taylor’s video has gone viral and has racked up a whopping 2.7million views.

Many were shocked that Taylor hasn’t shaved her armpits in ten years and were quick to express this in the comments.

One person said: “Mine would grow like that in a day.”

Another added: “Mine get like this in a month.”

A third commented: “10 years?! Mine look like that after a week.”

Since posting her viral video, Taylor has made a variety of other videos, sharing the horrible, shocking comments she has received.

Another commented: “That’s why you’re never getting someone.” 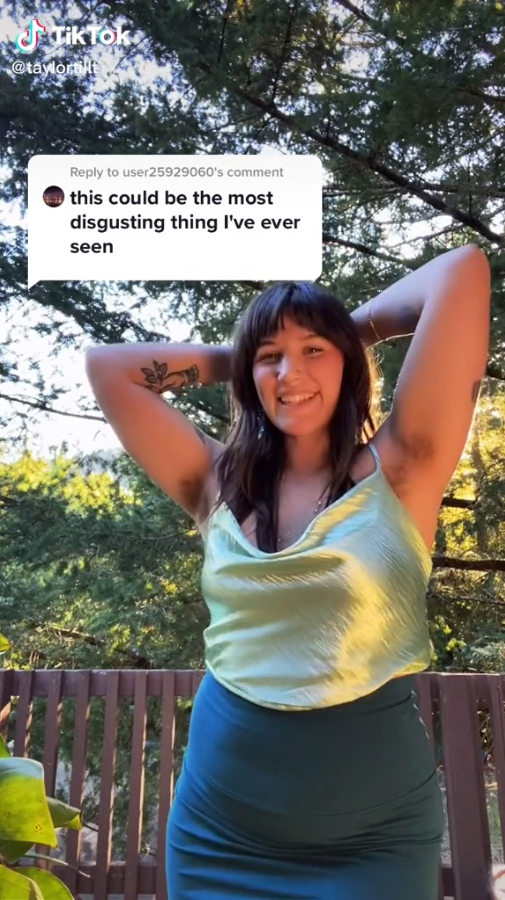 Taylor doesn’t let the horrible comments get to her and instead embraces her hairCredit: @taylortillt/Tiktok

However, many other TikTokers were horrified at the cruel comments and were quick to share their support.

One TikTok user commented: “I appreciate you for being 100% you.”

Another said: “She is a woman not a Barbie.”

A third added: “Personally I shave but it makes me happy to be hairless so if not shaving makes you happy more power to you girl.”

Another commented: “I prefer shaving for myself but having body hair doesn’t make you gross or anything. It’s natural and shaving just causes unnecessary pain.” 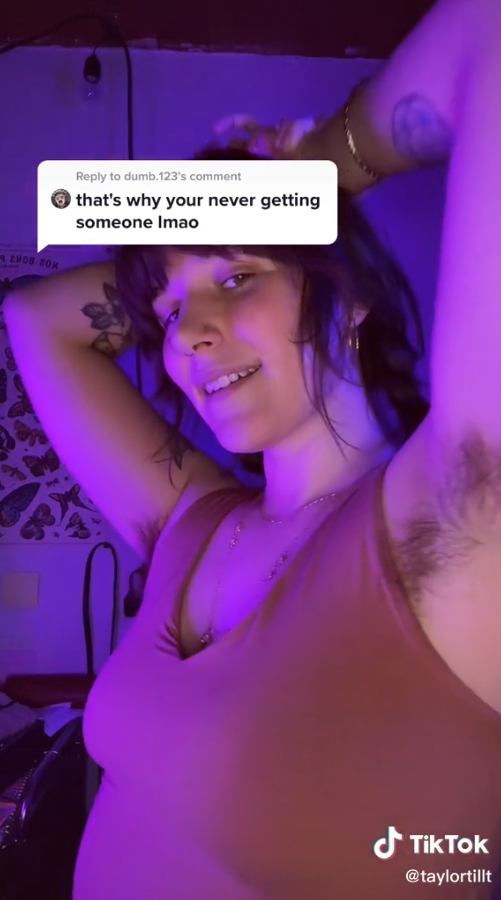 Taylor revealed she feels more like a woman with her armpits unshavedCredit: @taylortillt/Tiktok

Meanwhile, I’ve gone 100 days without washing my hair with shampoo and people are SHOCKED how it doesn’t look greasy.

Also, I’m living with PCOS and it’s a nightmare – I constantly have hairs growing on my neck and chest every day.

I went in for a hair trim before my fashion show, but was left with chemical burns so bad they had to chop it all off