SHE wanted to transform her pout back to normal by having her lip fillers dissolved.

But dancer Cleo Symes was left with lips that looked bigger than ever as part of the process of getting rid of the filler.

Cleo Symes took to TikTok to show off the results of having her lip filler dissolvedCredit: Cleo Symes TikTok 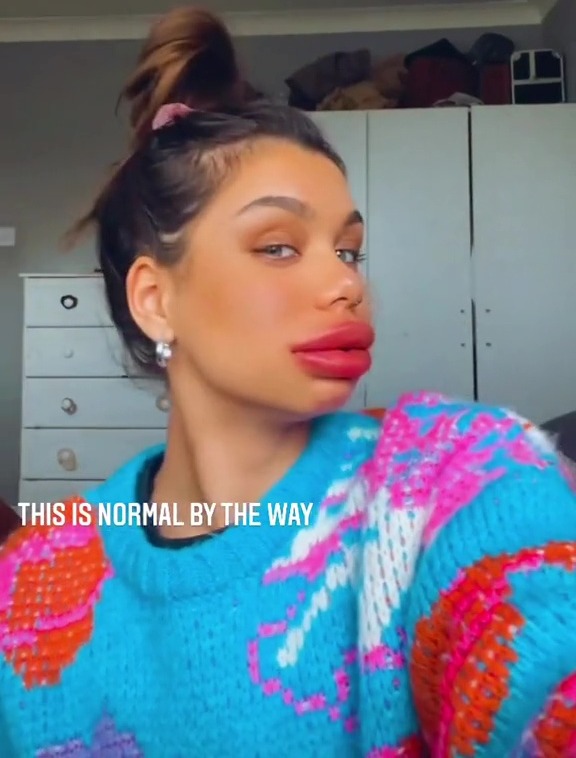 From the side, her pout was even more enlargedCredit: Cleo Symes TikTok

The 25-year-old, from Bournemouth, Dorset, shared a video of herself on TikTok unveiling her new look to her boyfriend.

As she removed her face mask in the car, her man Marshall Heath exclaimed: “What the f**k is that?”

At home, Cleo was seen trying to drink from a can of soda, and had to use a straw in the side of her mouth to get the liquid in her body.

“Thanks for all your kind messages guys, I think I’m going to be good,” she said, laughing as she displayed the huge lips.

In a comment on the video, Cleo was quick to set the record straight and insisted that she would never have filler to make her lips so massive.

“Guys.. this is them being dissolved.. I would never get my lips this big – it’s just reacting to the dissolving,” she wrote, alongside laughing crying emojis.

“You look like the dolmio pasta sauce advert puppets,” someone commented.

“That’s not normal you’ve had a reaction – they swell but not that much,” another person wrote.

In another video, shared two days after having the filler dissolved, Cleo explained: “I’ve had five years’ worth of different practitioners’ fillers inside my lips, and it was just dissolving. 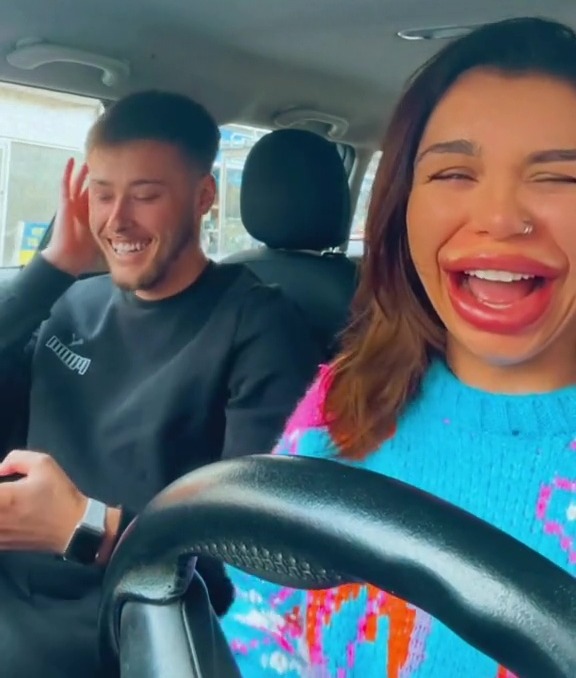 Cleo couldn’t stop laughing after showing her boyfriend the reaction to the filler dissolving in her carCredit: Cleo Symes TikTok 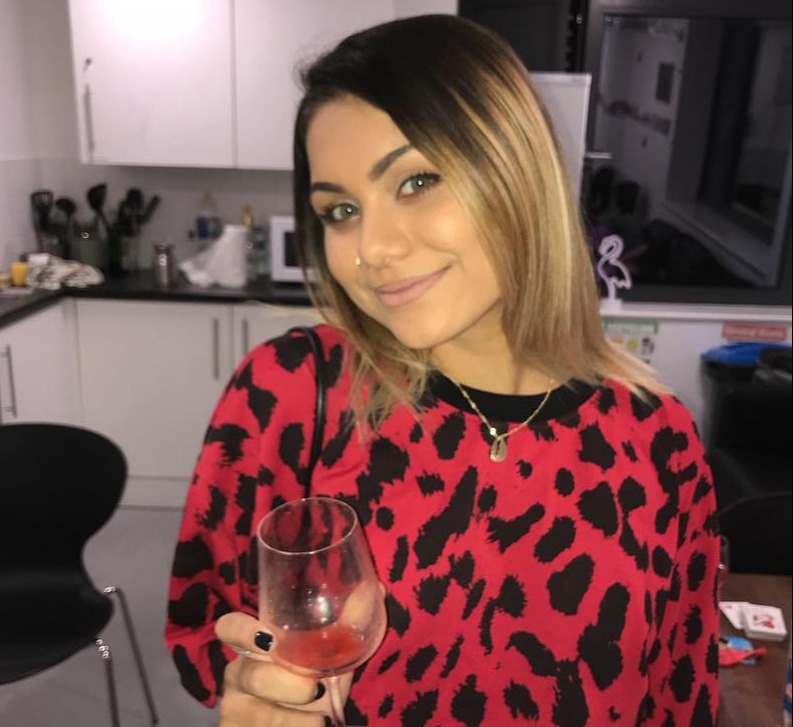 Cleo has been having filler injected for the past five yearsCredit: Cleo Symes Instagram

“And maybe I had a slight reaction.”

In the clip, her lips were seen looking a much more normal size, and were just significantly bruised, but the bruising will go as time goes on. 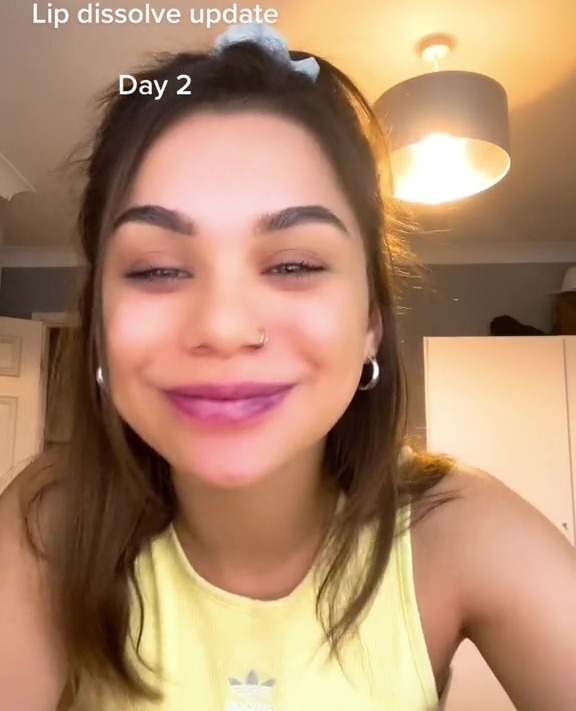 She also shared a snap of herself on day two of having the filler dissolvedCredit: TikTok

In other beauty news, the answer to this woman’s smooth skin is an Amazon buy.

This man spent £400 on veneers but when they arrived they were so big he couldn’t even close his mouth.

And this woman was left with a droopy eye after having Botox injected.