WE’VE all seen lip filler gone wrong, but one woman was shocked when her top lip grew shockingly large after getting injected.

Briana, 22, from Los Angeles, revealed that she got her lips done but was horrified at the size they grew to.

Briana revealed that she wanted to get lip filler but it’s safe to say she wasn’t expecting what happened nextCredit: TikTok/@brianagarabet

She posted the video to her TikTok account ‘brianagarabet’ showing off her swollen lips.

She asked: “You guys I just got lip filler and it’s so f**king swollen, is this bad?”

In the video we see Briana initially covering her lips, but she then removes her hand away from her mouth and it’s safe to say we are shocked.

Not only is her lip swollen, it looks lumpy and bruised.

Briana’s video has since gone viral and has racked up a whopping 1.5million views.

Many TikTok users were concerned with Briana’s lips and took to the comments to express this.

One person said: “I don’t think that’s how it’s supposed to look.”

Another added: “You need to call the clinic first thing in the morning.”

A third commented: “That’s not right.” 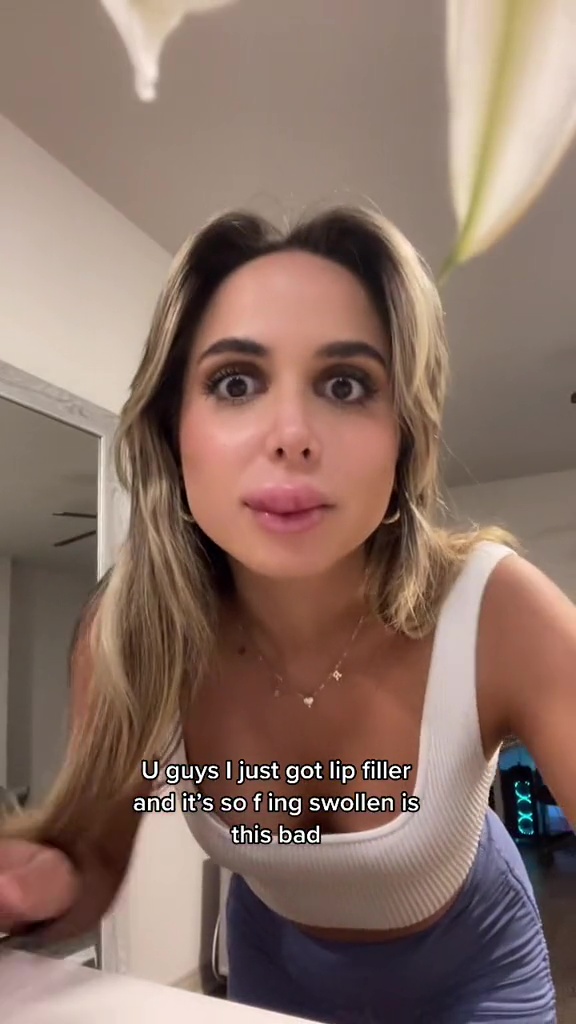 However, there were some TikTok users that have had lip filler before and were quick to reassure Briana that this was normal.

One user commented: “This is normal. Everyone commenting has clearly never had filler. Everyone swells differently. Mine were worse.”

Another said: “My top lip was so small and blew up exactly like that for the first few days but it gets better. I swear!”

There were many TikTok users that were horrified at Briana’s lips and compared her to characters from the hit Christmas film, The Grinch.

Another added: “Cindy lou who.”

A third commented: “Welcome to Whoville.”

Briana followed up with another video once the swelling had gone down to reassure everyone that her lips are now looking fine.

She explained: “I assure you guys, I am A-okay.

“This has actually happened to me before and I talked to my doctor and he said it was fine and I wasn’t having an allergic reaction or anything.

“I just get really swollen.

“I appreciate all the concern though, I’m fine.

“It’s still a little swollen today, but it’s for the most part healed.

“I just thought I looked hilarious and thought I would share with you guys.” 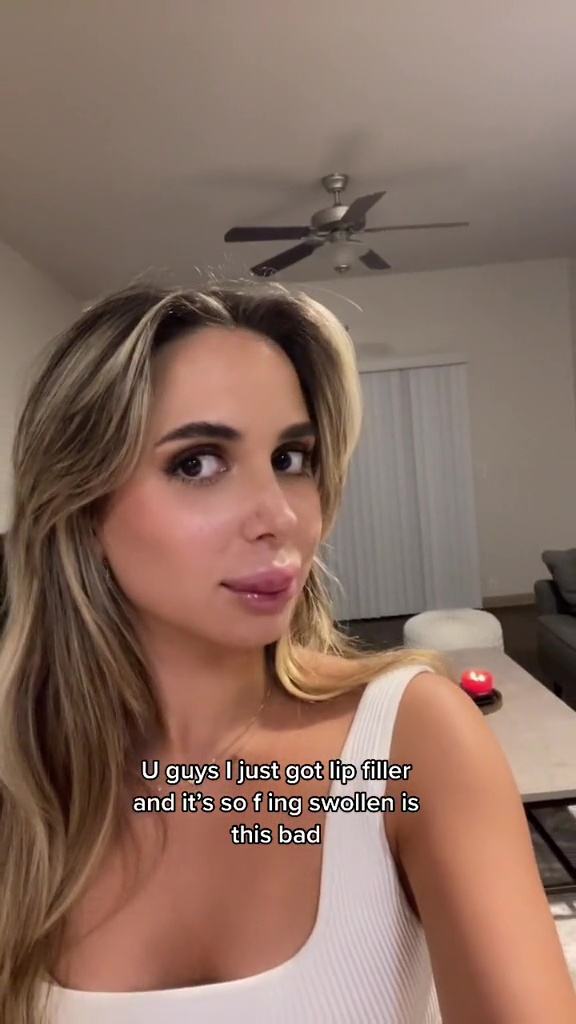 Many TikTok users were comparing Briana’s lips to something from the film The GrinchCredit: TikTok/@brianagarabet

Meanwhile, under 18’s banned from receiving Botox and cosmetic fillers in huge win for Sun’s Had Our Fill campaign

Also, Primark fans are going wild for £1.50 flavoured lip balms – but they can’t decide if Coco Pops, Twister or Pepsi is best

Love Island’s Faye Winter on getting her lip filler dissolved