A WOMAN has issued a warning urging people to think twice about beauty treatments, after a Botox appointment leaves her with a droopy eye.

The TikTok user, Shasta, shared the video on her social media, where over 320 thousand people have watched the story time.

”Let this be a lesson to everyone who wants to get Botox,” she told the viewers, before revealing that she had gone to the specialist to level out her eyebrows.

But instead of even brows, the botched appointment left her with a droopy eye – which is one of the most common side-effects, alongside bruising, pain and swelling.

”I guess it happen to anyone.”

Although she doesn’t blame the injector, who, according to her, has been a professional for years and is usually ”really good”, she revealed it took a month for the eyebrows to go back to normal.

She also added that in an attempt to help the situation, she had tried to use drops – however, these provided no results.

Although there were viewers who agreed that this wasn’t the specialist’s fault, some insisted otherwise, like this person: ”Usually that means the placement was wrong and they used too much.”

One person shared their horror story: ”I did it once and looked like 🤨 .”

”I had to cut my bangs to cover the bad brow. perplexed af!”

”Same thing happened to me in both eyes I looked said for a long time,” added another.

One person commented: ”Not me seeing this the day before My Botox appointment 😳.”

A viewer tried to console Shasta explaining: ”This is a known risk and should of been explained to you prior to treatment.

”It will wear off, nothing permanent!”

From virtual makeup to baby hair sculpting & lash botox – the A-Z of beauty trends you need to know about for 2022.

In other beauty news, this woman got Botox to zap wrinkles in her forehead… it was botched and now she can’t open her eye properly. 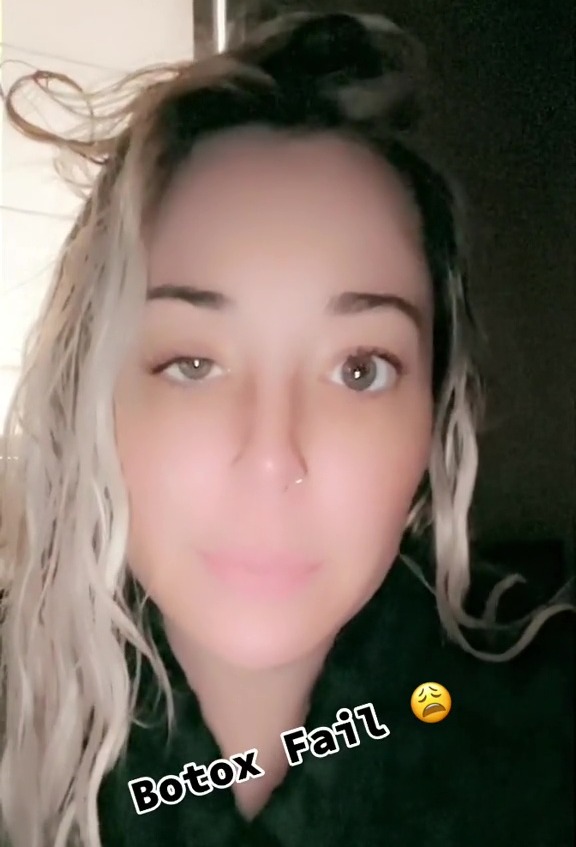 According to her, it took a month for eyebrows to go back to their normal stateCredit: champagneshasty/Tik Tok

I went ‘filler blind’ and had 10ml injected in my face…It was so bad, I looked like a rubik’s cube