A WOMAN’S shared the emotional moment she finally decided to have her lip filler dissolved after getting it done for over five years.

The fashion and beauty lover, Katie Champ, uploaded the video on TikTok, where people have joined to support her, claiming she looks younger and more beautiful than before.

According to some viewers, she appeared sad in the videoCredit: @katiechamp18/Tiktok

The 29-year-old, who had been going for lip filler appointments since 2016, said she’s recently been more anxious about the treatments that she gets.

”I think it’s possibly coming with age as well,” she explained, before adding she would go to the very same professional who had been responsible for her fuller lips.

”It’s really vital to me that I go to someone I trust.

”Trends change and I’m also older now, and I would prefer to have smaller, more natural lips that still have a nice shape.”

Despite being scared and nervous – and many thought she seemed teary-eyed in the video – viewers believed she looked significantly better with her natural lips in the follow-up TikTok.

”No hate, but they make you look younger too.

”You’re such a natural beauty.”

Another fan wrote: ”WOW!! came from the first video and (not that you weren’t stunning before) but you look GORGEOUS!!😍😍”

”Omg wow I don’t want to be a hater but wow you look so much more beautiful with your natural lips wow,” someone said.

”This compliments all your features and face shape so much better and your smile looks really good now too,” a person thought.

Meanwhile, this woman got so addicted to lip filler, she ended up getting 7.7ml in one year – ‘I wish I’d never taken it so far’.

Plus, grim moment stream of lip filler squeezed out by doctor after botched job.

Also, read about this woman who paid $15 for fillers – her lips ended up swelling so badly, she wishes she never gone for the chap price. 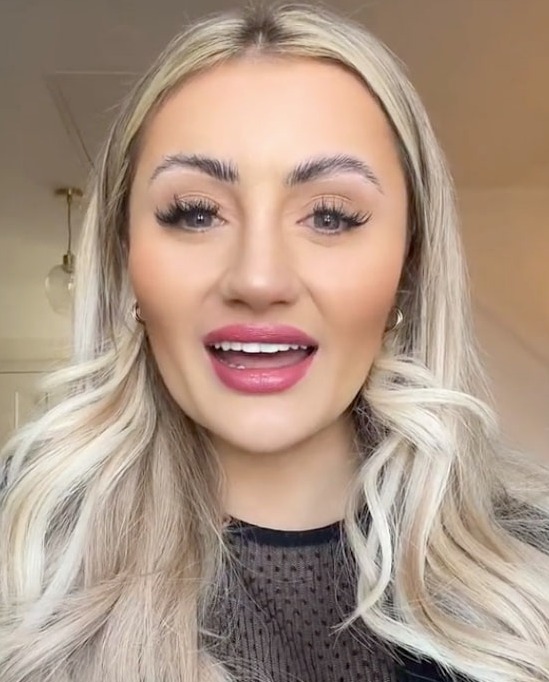 Fans break down in tears and thank me for dissolving my filler when they meet me – it makes my mum proud, says Molly Mae

I Tried a Hair Gloss For Liquid Hair: See Photos