A BEAUTY lover was mortified after a DIY eyebrow treatment went horribly wrong.

Taking it to TikTok, Karissa Wampler (@k.wamp) proved why sometimes it’s better to invest that little extra and go to a professional, especially when it comes to anything beauty-related.

The social media star decided to dye her eyebrows at home – which turned out to be a mistakeCredit: @k.wamp/Tiktok 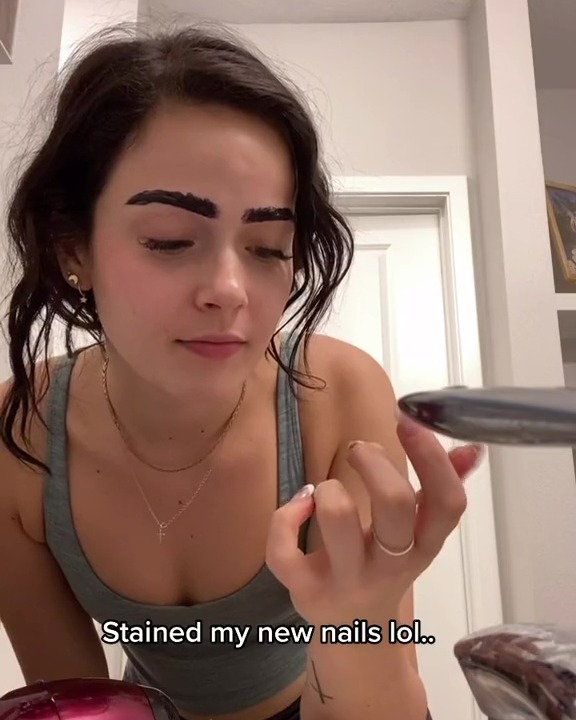 Getting ready for the first day of her new role as a social media specialist, the 22-year-old decided to freshen up her brows with some dye.

Holding a box of Just for Men whilst posing in front of a camera, Karissa seemed optimistic – but things took a sharp turn very quickly, as more than 81,000 people tuned in the epic blunder.

Squeezing a tiny amount of the product onto a plastic container, the TikToker, who has a million followers on the platform, then proceeded to apply the dye with a small brush.

But whilst dancing and fooling around, she had a quick glance at her hands and the smile suddenly disappeared. 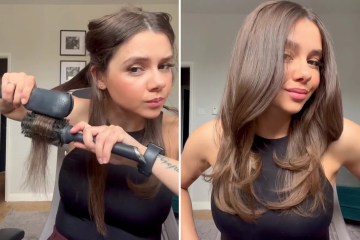 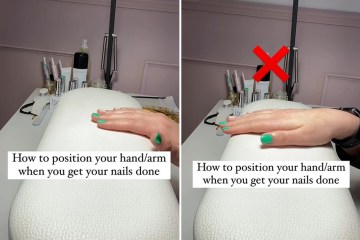 ”Uhm,” she Karissa said after trying to rinse off the dye off the new set of nails – but to no avail.

Desperate and horrified, the 22-year-old then proceeded to rush to wash off the product from her brows.

However, this, as she later demonstrated in the video, didn’t go too well, as the social media star was left with what appeared to be thick, pitch black eyebrows.

To make matters even worse, not only were the slight patches of dye around the area, but she also had to leave the house shortly afterwards.

”No I start a new job in a few hours,” the young woman was mortified, seeking help from fellow beauty lovers.

”THIS WOULD BE THE TIME TO DROP A NICE LITTLE LIFE HACK IN THE COMMENTS,” she begged.

Though in stitches, viewers jumped to comments to share their tips and tricks, with one writing: ”You need to put foundation around the areas that you don’t want dark and shape your eyebrows how you want it… trust me it work [sic]!!”

A second claimed using acetone on a cotton pad and rubbing it on the brows will make the dye come off, whilst a third swore that baby powder works like a charm.

For those keen to dye their brows at home as well, another recommendation read: ”So I use petroleum jelly around the eye brows that I don’t want dyed cause they dye doesn’t run off that so it helps the dye stay put […].”

Karissa Wampler is a US-based social media star, whose videos have amassed her a following of a whopping one million followers on TikTok and 66,000 fans on Instagram.

She regularly shares snaps of her life, including getting her first ‘baby Botox’, as well as what it’s like being an influencer. 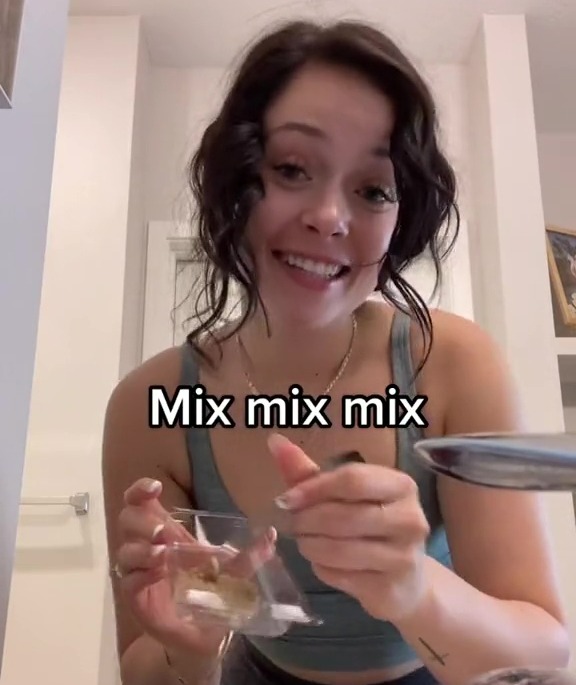 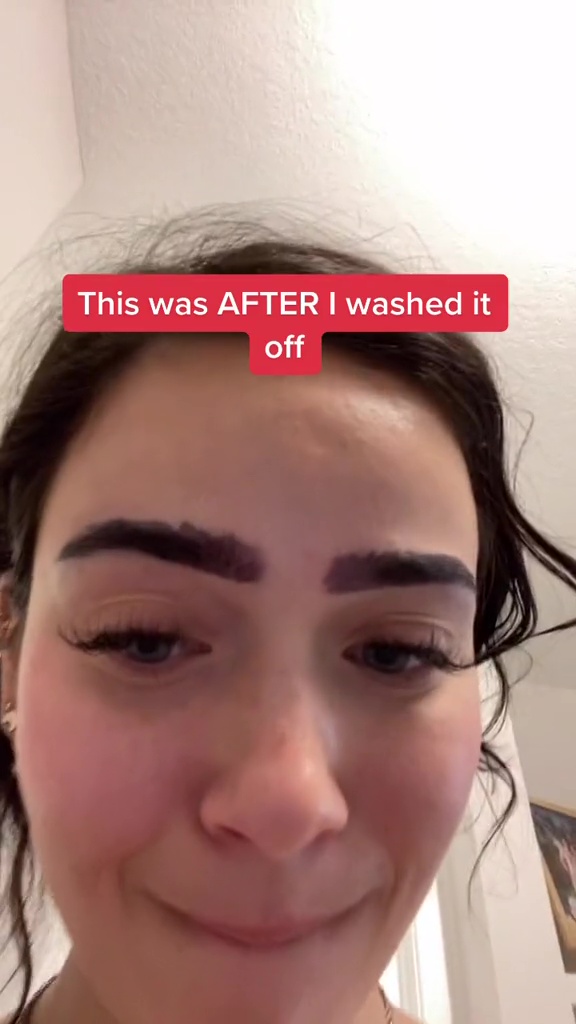 The timing couldn’t have been any worse, as the 22-year-old was set to start her new role in a few hoursCredit: @k.wamp/Tiktok