DIY can sometimes be the easiest and most inexpensive way to quickly give yourself a little spruce-up.

But sometimes, as a woman proved, it’s best to spend that extra money and go to a professional.

Beth when she realised the mistake she had made.Credit: tiktok @bethmargaretx

The newly-engaged Beth, @bethmargaretx, asked the viewers not to laugh: “I’m in a real pickle and need your help!”

She claimed she had been following her usual routine which she has done for a while: “I’ve been tinting my eyebrows with the same Just for Men stuff for a couple of years now and I’ve never had any problems…”

That’s, of course, until now.

The typical process is quite messy – there’s dye everywhere, even on her skin – but normally, this doesn’t cause any problems.

“But today it isn’t and I have a doodoo stain on my face and I don’t know how to get it off because it’s dye,” Beth, soon-to-be Mrs. Wood, was seen panicking.

As if a doodoo-coloured mark on the face wasn’t bad enough, she was also scheduled to go on a holiday in the upcoming days – talk about bad timing.

In an attempt to save herself from ruining all the holiday photos, Beth resorted to washing her face a couple of times – but it just made the mess even worse.

Have you ever found yourself going to bed hoping all the problems and worries would be gone by the next morning?

Well, that’s exactly what Beth did.

Of course, life doesn’t really work that way and the stains were still there when she woke up.

“Maybe this is just the new me?”

“Maybe this is my look now?” the petrified woman tried to come to terms with the new eyebrows.

“Toothpaste apparently works too,” said one before adding she’s never tried the method herself.

“Not ideal but it should work…they also have hair colour remover, you can probably get it at the beauty store.”

Loving eyebrow fails as much as we do? Mortified woman resorts to scrubbing her super-dark eyebrows with a TOOTHBRUSH after falling asleep with brow tint on.

Meanwhile, this woman urges people NOT to get their eyebrows microbladed after showing the horrific results FOUR years later.

Babies are jumping on the eyebrow trend too! “I drew jet-black eyebrows on my baby for a fancy dress party… a week later I still can’t get them off!” 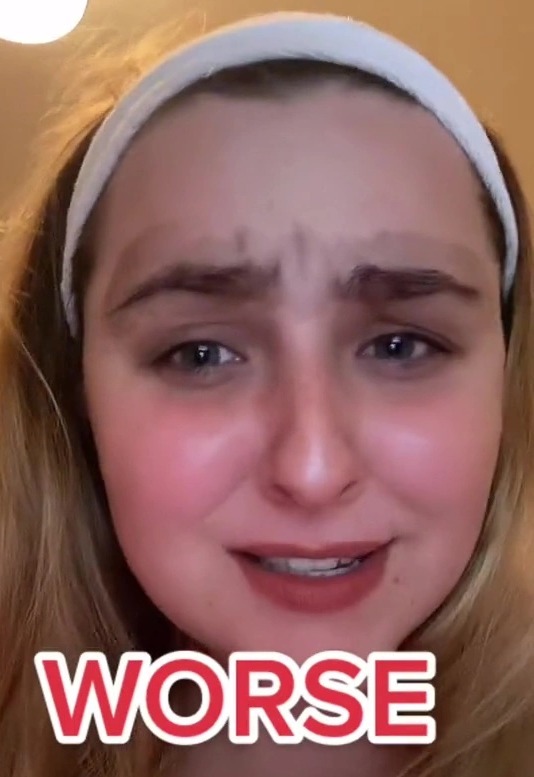 Scrubbing the stubborn stains with water did nothing but make the situation even worse!Credit: tiktok @bethmargaretx 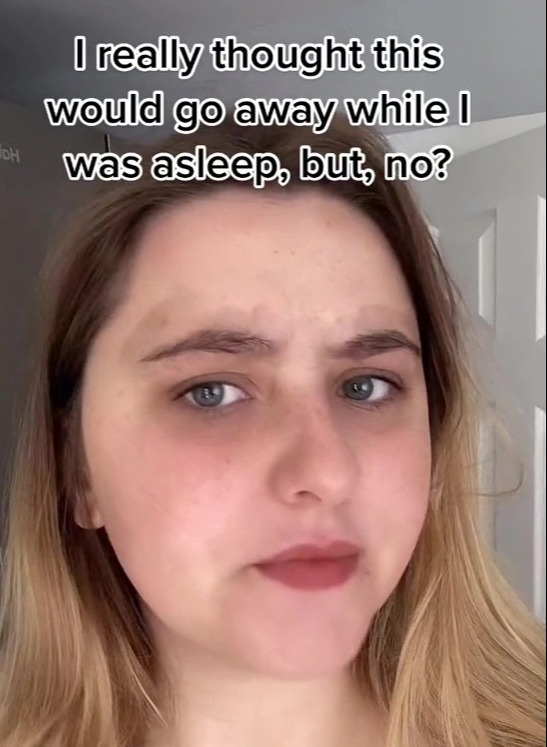 What a shocker – the stains didn’t go away overnight!Credit: tiktok @bethmargaretx