A YOUNG woman has been left mortified, after a major tattoo fail leaves her with an inking so bad people assume it was done with a pen.

The TikTok star, Axandra, shared the snaps of her new inking on social media, where people doubted the artist had used a tattoo gun.

The delicate inking she thought she would be going home withCredit: axandraaa/Tik Tok

After looking for inspiration online, Axandra, who has over 1.6 million followers on the social media giant, went to a tattoo artist, with a request of a dainty inking above her elbow.

However, the simple and delicate heart ended up so wonky, viewers were convinced it had been done with a pen.

Asked if this was a joke, Axandra said: ”I wish it was.”

”First of all it isn’t even in the middle second it looks like they done it with a black marker,” an observant user pointed out.

”Oh my god!” another viewer was shocked.

”Me and my bf aren’t professional tattoo artists but even we do a better job with our gun at home.”

Someone else was confused and wanted to know: ”How do they mess up something so simple😳.”

”When you don’t research the artist you’re going to,” another thought.

While one viewer described the situation as simply ”depressing”, another added: ”that’s tuff I would cry if I had that on me.”

”Bro I have a wonky heart on my ankle!

”But I got it from a place called no regrets tattoo..” a user joked.

In other inking news, a mum has revealed how her family staged an intervention after she got a tattoo as a teen, warning her she’d never find love.

Plus, a woman’s left in tears after her boyfriend’s first attempt at using a tattoo gun goes horribly wrong.

Also, read about this woman who wanted ‘semi colon’ tattoo on her neck – the artist did it backwards, when they tried to fix it it ended up huge. 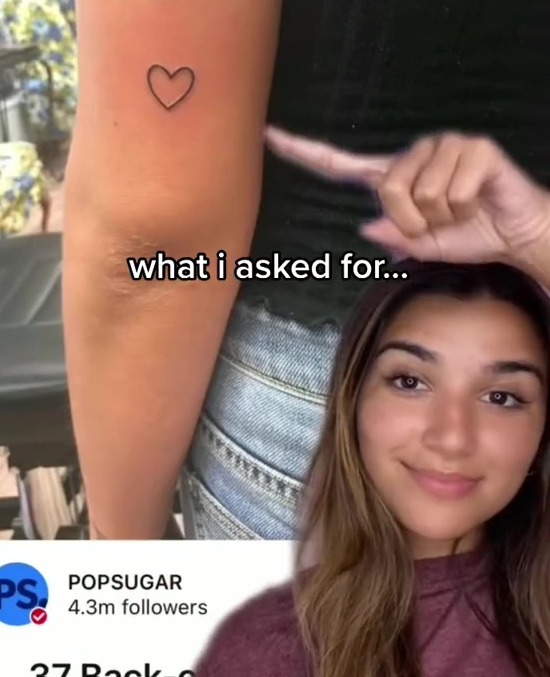 The photo of the inking design she had shown to the artistCredit: axandraaa/Tik Tok 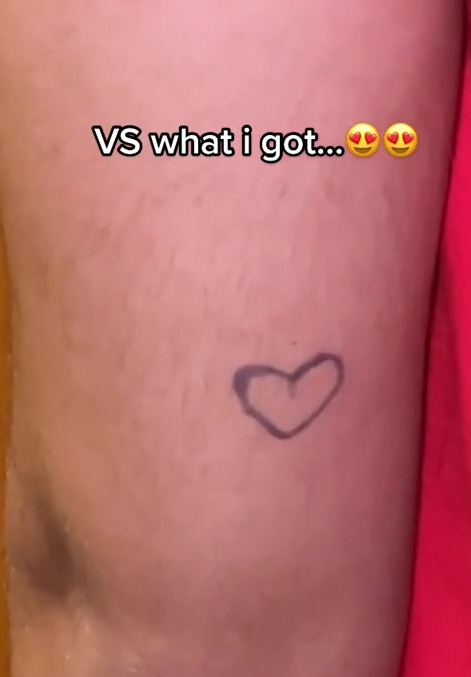 Jones Road Beauty What the Foundation Review With Photos

How to Treat Tough Calluses on Your Feet

I’m a beauty-mad mum and this is my simple hack for getting a professional spray tan at home for just £1.20

I’m a hair guru, here’s my trick to making a thin ponytail look thicker and fuller

Estée Laundry on How to Vet Beauty Brands in 2022