SHE wanted layers that would frame her face.

But one woman was left sorely disappointed with the haircut she was given at the salon – so much so that she complained and was offered the chance to have it redone at the same hairdressers.

Kate took to TikTok to share a look at her hair hack jobCredit: TikTok 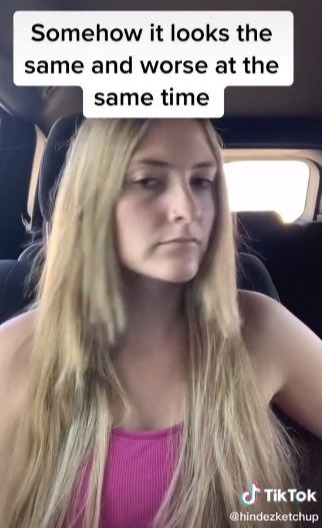 She was left even more disappointed after returning to the salon for a “fix” cutCredit: TikTok

However, upon returning to the salon to have her hair “fixed”, Kate was left even more distraught as her locks ended up looking even “worse”.

“Going to the salon to fix their ‘face framing’ they did last week,” Kate began her video on TikTok, showing the uneven, choppy layers she’d been left with.

She then did a transition move, and showed her hair after the second salon visit, writing: “Somehow it looks the same and worse at the same time.”

Kate captioned the video: “I guess I’ll update when I book with a new stylist. Doing better research this time so updos until further notice.”

Viewers were quick to comment on the video, with the majority of people questioning why Kate would return to the same salon for the “fix”.

“WHY WOULD YOU GO TO THE SAME PLACE,” one person wrote, while another added: “Why would you go back!!!!”

“Cause you’re going to the same person who messed it up in the first place,” a third person wrote. “Try someone new.”

“That salon has a personal issue with you,” another comment read.

“Unless the hairstylist had a seizure half way through there’s just no logical way to explain this,” someone else commented. 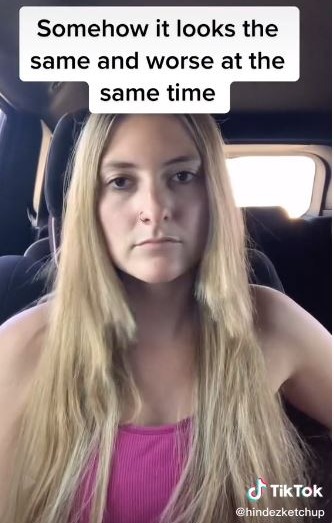 The cut was choppy but the change in length could clearly be seenCredit: TikTok 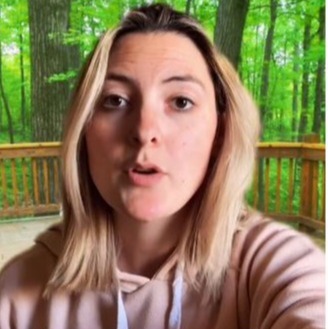 Following the hair disaster, Kate had her hair chopped off and has now embraced a shorter ‘doCredit: TikTok

And another person hilariously wrote: “I did better than this on myself at 1am over my bathroom sink with scissors I’ve had since 4th grade.”

“Wow,” another comment read. “I hope you didn’t give them any money for that hatchet job.

“It’ll grow back, but I’m so sorry they took no care.”

Despite Kate attempting to have the cut fixed, she ended up chopping her hair off and embracing a shorter ‘do.

In other hair news, this woman paid £730 for the “worst haircut” of her life.

This lady hasn’t used shampoo in two years and has saved so much money.

And this woman paid £220 for her haircut but it’s so bad, she feels like she can never leave the house again.