A FRESH head of hair is top of everyone’s list now the salons have reopened, with many of us booking our locks in for some much needed TLC.

Hairdressers have been slammed with back to back bookings and people have been making the most of their appointments – with one woman making sure she got her money’s worth while having her hair coloured. 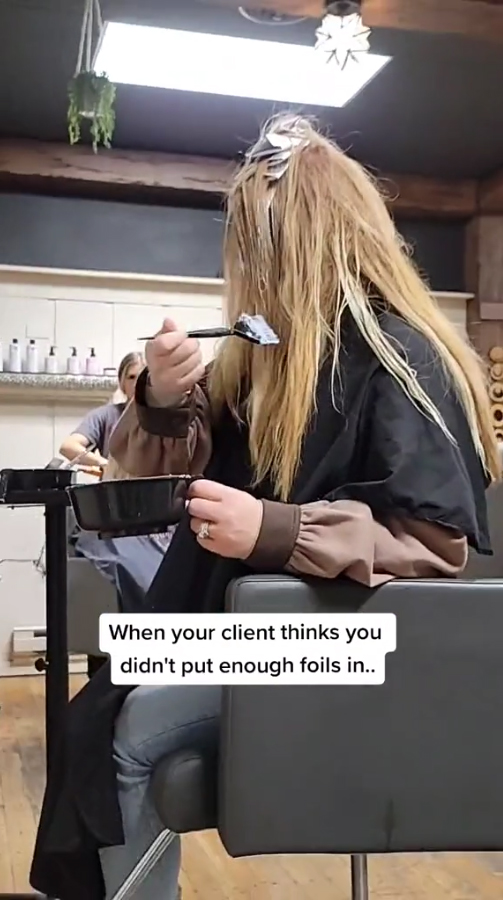 A hair stylist was left shocked when her client cheekily added colour to her hairCredit: TikTok

TikTok user and hair stylist Hailey Denker (@haileydenker) was left baffled by her latest client, when she caught the woman sneakily adding extra colour to her own hair.

She had come into the salon for a colour refresh, but thought she knew best when it came to just how much colour she needed put on her head.

Hailey had already touched up her client’s colours and secured it with foils, but she later caught the woman picking up the bowl of hair dye and cheekily adding extra colour herself.

Filming her doing so, Hailey shared the video online and joked: “When your client thinks you didn’t put enough foils in.” 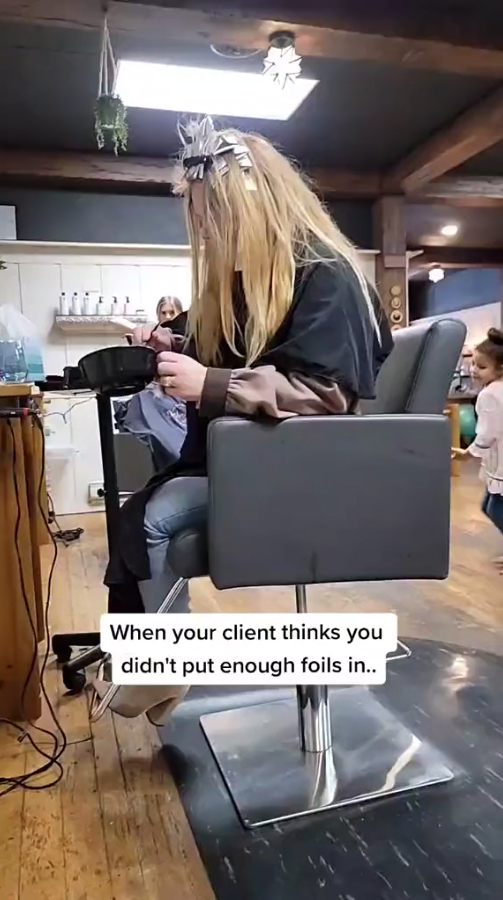 She caught the woman topping up her colour behind her back mid-appointmentCredit: TikTok 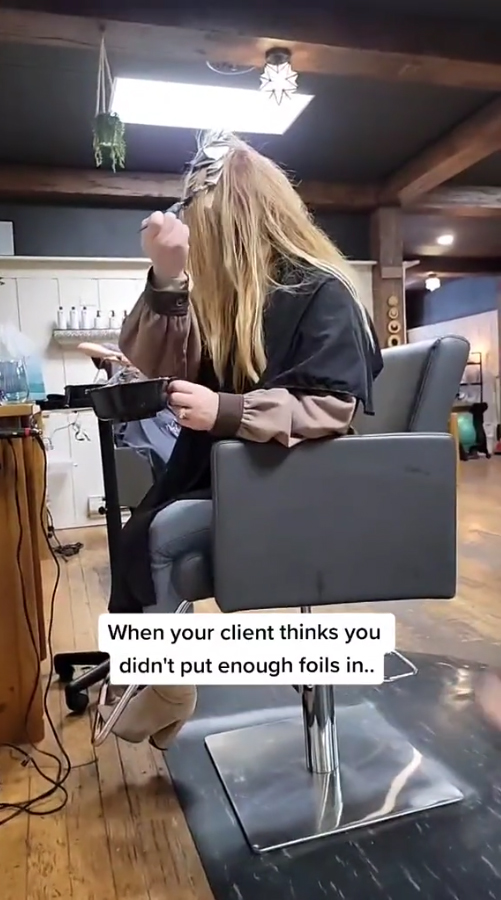 People were outraged and called for the stylist to boycott the client next time aroundCredit: TikTok

“She insisted on adding Lightner in herself,” Hailey added.

People were outraged and hundreds commented on her post, with some calling for Hailey to boycott the woman next time she wanted her hair done.

“I would never do her hair again if I were you,” commented one person.

Another said: “It would be my ex client,” while one more added: “I’d honestly rinse her foils out and ask her to leave.”

Shocked by what they’d just witnessed, a fourth person posted: “THE AUDACITYYYY… if she asks for a discount please tell Karen to leave.”

Plenty more were dubious of how the woman’s hair had turned out after her quick DIY job, with one commenting: “Ohh I can see already those patches after… Omg what kind of people these are.”

“Now send her home, she’s obviously a professional,” one person joked, before adding: “But make sure she pays first.”

Meanwhile, one woman was left in tears after getting a brush stuck in her hair after a hack gone wrong – and it took PLIERS to get it out.

Plus, experts are warning against social media trend that has seen women turn to thrush cream to treat bad dandruff.

And one beauty fan was left mortified after melting her face mask into her hair while styling it and being told she’d need to cut it out.