GETTING your hair professionally done can set you back a pretty penny – particularly if you want a complete transformation.

But a Californian hairdresser has left people fuming after charging a client £1,400 for a cut and colour, with people convinced it’s a “scam.”

The hairdresser spent 13 on this hair transformation charging a huge $150 (£108) per hourCredit: TikTok/@byprado_ 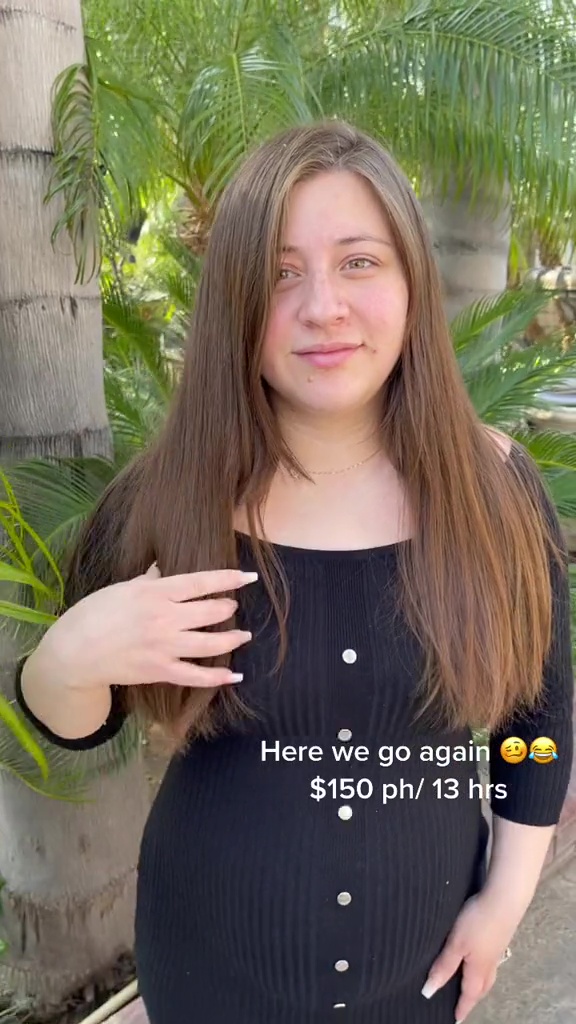 The customer paid $1950 (£1400) to change her brunette locks to blondeCredit: TikTok/@byprado_

The woman shares her work on TikTok under the name By Prado and revealed that she charges clients a huge $150 per hour, that’s roughly £108.

For one particular woman, who opted for an ash-blonde look, the job took an astonishing 13 hours and was split across two days, which cost the customer a whopping $1,950 (£1,400).

Naturally, people who saw the clip were outraged that a standard request would cost so much.

Users slammed the hairdresser and claimed the bill was far too expensive, and simply “insane and not necessary.” 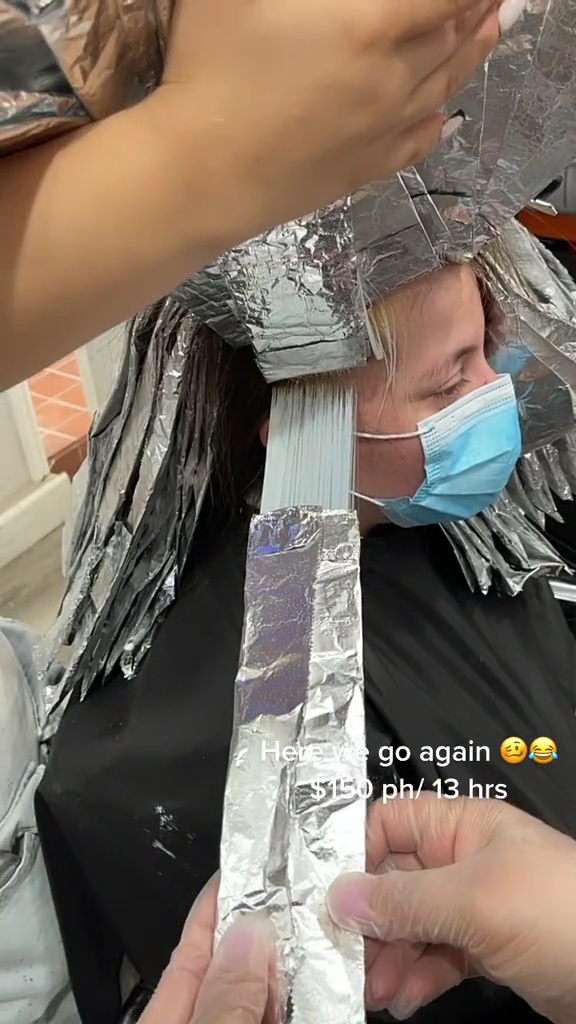 People accused her of ‘scamming’ people as the prices were so highCredit: TikTok/@byprado_ 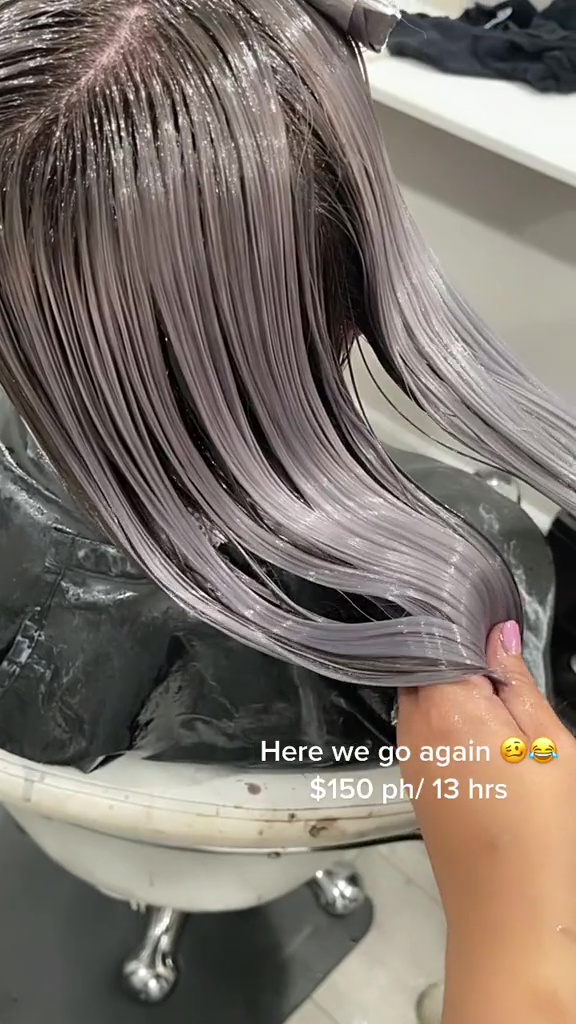 While there’s a clear difference between the customer’s original brunette locks and the new choppy silver style, people reckon she’s been massively overcharged.

“Could easily be done in 5-7 hours,” said another.

It seems the hairdresser has received similar complaints before as she says in the video: “I did not think my last post was going to make so many people mad with how much I charge, but I think this one’s going to make you madder.

“I charged $150 (USD) per hour and I believe this whole transformation took 13 hours, we did two separate days.” 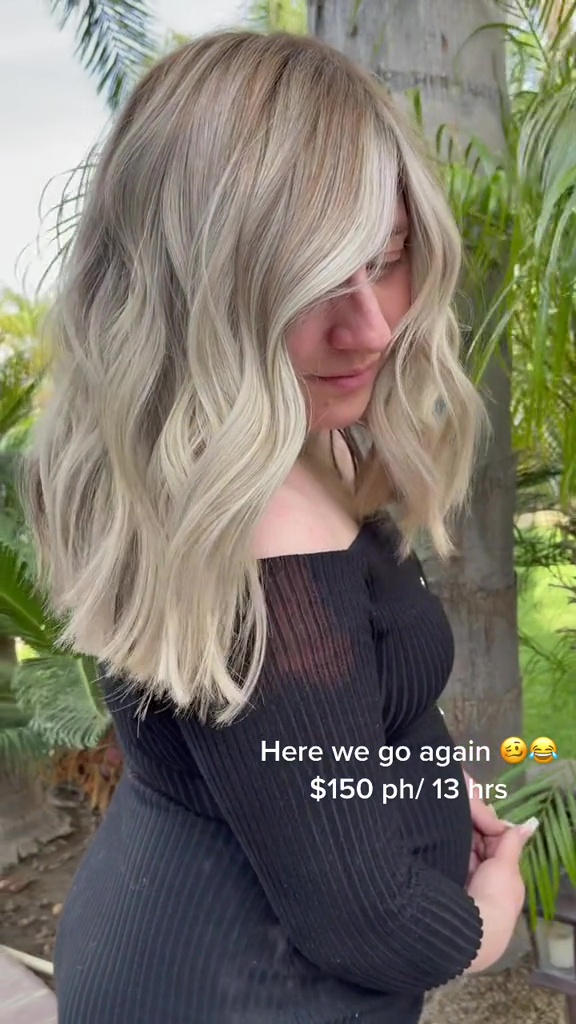 People reckon the job could have been done in seven hours insteadCredit: TikTok/@byprado_

The Californian woman defended her prices again in a follow up clip saying: “Everyone chooses to spend their money differently – my clients choose to spend it on their hair.”

“They leave happy so I don’t know why so many people are mad but okay,” she added.

The clip so far has racked up over 1.4 million views with an overwhelming amount of viewers expressing their outrage.

The clip was also shared by another user named Justin English, who pointed out a minor detail many may have missed. 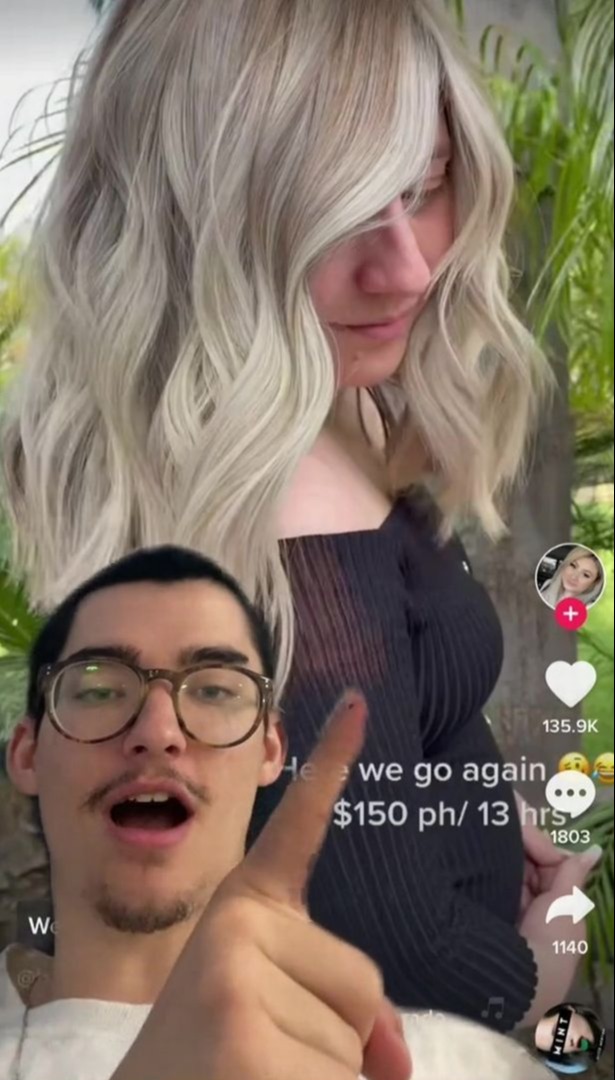 The clip was also shared by another user named Justin English, who pointed out a minor detail many may have missed

He said: “Imagine paying $2000 to get your hair done and the hairdresser can’t even manage to not get bleach on the entire sleeve of your shirt.”

He then zoomed in to the woman’s black sleeve which has been stained orange by the bleach used on her hair.

Even other professionals chimed in to say that the hefty price tag is “totally unreasonable”.

“I have a cosmetology license and while the price per hour is totally reasonable, how long it took her is not. She scammed that woman,” one said.

“My hairdresser could do this in five hours and would only charge $250,” claimed another.

While a third quipped: “I don’t care what people say 2k for hair isn’t worth it, especially if the results can be achieved for less.”

Meanwhile, this hair stylist fixes woman’s streaky colour after botched home bleach job – but the scissors had to come out.

Plus, check out this woman claims her hairdresser left her with a horrific dye fail that looked nothing like she had asked for.