Becca Cosmetics helped introduce me to the world of beauty, but saying goodbye will be bittersweet.

I’ve been a customer since around 2016 when its cult-favorite highlighter introduced me to the concept of highlighting. Becca Cosmetics’ highlighters made the world of celebrity glamour more accessible and taught me that anyone could achieve a red-carpet glow at home.

But when the Australian beauty brand announced it would be going out of business after 20 years, officially closing its doors at the end of September, I wasn’t surprised.

The brand attributed the closure to “an accumulation of challenges, together with the global impact of COVID-19.” Estée Lauder, which bought the company in 2016, made the final decision to shutter the brand, Women’s Wear Daily confirmed.

Although the news is devastating for some fans, the once-cult-favorite brand has dealt with a series of issues and missteps over the past few years that make it easier for me to say farewell.

Rebecca Morrice Williams founded Becca Cosmetics in 2001, and the brand proceeded to go through a few ownership changes as it struggled to find its place in the beauty industry.

According to Racked, the brand had stints being sold at both global luxury stores, like Bergdorf Goodman, as well as affordable drugstores, like Duane Reade, before relaunching at makeup retailer Sephora in 2013.

The brand didn’t reach cult-favorite status until 2015 when it collaborated with beauty YouTuber and influencer Jaclyn Hill on its most famous product to date: The Shimmering Skin Perfector highlighter in Champagne Pop.

The color skyrocketed sales. According to Women’s Wear Daily, 25,000 units were sold within the first 20 minutes of its launch on Sephora.com.

The product set a new standard for illuminators with its powder-to-cream formula that melts into the complexion to create an Insta-worthy glow.

It also kept the beauty industry buzzing and became a fan-favorite highlighter.

Celebrities and professional makeup artists swore by the product and used it religiously for major events. It seemed like every YouTuber and at-home beauty fan had Champagne Pop in their makeup bag.

The highlighters kept up steam for years.

Becca’s pressed Shimmering Skin Perfector was the best-selling highlighter in the US in 2019. In 2021, the product still has a near-perfect five-star rating on both Sephora (over 5,200 reviews) and on the beauty retailer Ulta (over 1,100 reviews).

The brand also launched a secondary Champagne collection in 2016 that expanded the beloved product into palettes and liquids. It generated $3.5 million in sales within just five hours.

But the brand quickly began having issues with its strongest collaborators

In June 2016, Becca announced on Instagram it was no longer launching the highly anticipated eyeshadow palette it was working on with Hill as part of the Champagne Glow collection.

Meanwhile, Hill took to Snapchat to say the palette would not be released due to quality-control issues.

As Bustle reported, Hill said high demand for the palettes caused the brand to send the product to a different lab to be manufactured at a faster pace. She said the lab was incapable of reproducing the same level of quality, resulting in fans having negative experiences with the product before it officially launched.

“We apologize to our fans, to Jaclyn’s fans, and to @JaclynHill, whom we love and respect so much,” the post read. “We remain committed to the highest standards of excellence and we are very sorry in this case that we’ve let you down.”

After the palette was pulled, reports spread about Becca and Hill feuding.

These rumblings intensified in 2017 when @trendmood1, an Instagram account best known for leaking beauty launches, claimed Prosecco Pop (a color Hill collaborated on) would be re-released as a standalone shade.

Hill commented on the post saying this was “news to her” and that she was “literally in shock.”

The brand eventually released Processo Pop as its own standalone shade even though Hill was a co-creator of it.

Becca changed the game with its highlighters.

Given Hill’s impact on the products and their rise, it was strange for fans to see her name removed from them. But as some pointed out, it’s not abnormal for a brand to remove an influencer’s name from a line of products once their contract is up.

Three years later, Becca’s biggest collaborator became a major competitor when Hill launched her own collection of highlighters in 2019.

Jaclyn Hill did not immediately respond to Insider’s request for comment.

In 2017, the brand collaborated with A-list model Chrissy Teigen to design a glow palette with pressed Shimmering Skin Perfectors similar to the products Hill had worked on not long ago.

The palette was sold on Sephora’s app and has received over 2,400 glowing reviews, with many being five-stars, on popular product-review site Influenster.

The brand collaborated with Teigen on other products throughout 2018, including lip glosses and eye shadow, but none seemed to receive the same level of buzz.

On Influenster, the newer collaborations received positive reviews but not many of them. Teigen’s body oil had 153 reviews and scored four stars. The glosses received four and a half stars and between five and 81 reviews.

The brand followed with several other celebrity partnerships, including the BFF collection with Khloe Kardashian and Malika Haqq in 2018.

The collection had some well-reviewed products, but Becca Cosmetics struggled to keep up as it faced stiffer highlighter competition throughout 2017 and 2018.

A few big, recognizable names just weren’t enough to bring Becca back to the influential highs reminiscent of the award-winning Champagne Pop.

Rihanna launched Fenty Beauty with a range of 40 foundation shades in 2017.

The brand came under fire again in 2018 when it got called out for problematic photo editing.

But a number of people noticed the palms of the darker-skinned models looked colored-in, leading some to speculate the brand had edited a white model’s hand instead of hiring a Black model.

“Truth: BECCA is committed to showcasing the lightest to the deepest skin tones and hiring inclusive models for our campaigns. To demonstrate this commitment, we’ve re-shot with real girls from the BECCA office,” the brand wrote.

The new photo showed the arms of four women with four distinct skin tones and no obvious editing, but the major misstep from the company showed that, once again, the brand was failing to keep up in an evolving industry.

It’s clear the Shimmering Skin Perfector was Becca’s biggest success, but it’s one that couldn’t be replicated. While the brand scrambled to get customers excited about new launches in recent years, products like the Zero No Pigment Glass highlighter from 2020 are some of the lowest-rated Becca products on Sephora’s website.

Becca’s Zero No Pigment foundation was called a misstep when it debuted in 2020. Customers said Becca Cosmetics’ marketing of the product was misleading because it didn’t perform as a foundation despite being advertised as such and was more of a primer than a foundation since it offered no coverage. Big-name YouTubers like Allie Glines, Kathleen Lights, and Gary Thompson (The Plastic Boy) also criticized the “gimmicky” foundation for offering no real coverage.

Coverage wasn’t the only problem. Others criticized the product further for failing to cater to different skin tones and undertones.

It’s currently one of the lowest-rated products on the brand’s page on Sephora.com, earning three out of five stars.

Still, it’s bittersweet to say goodbye to the brand that helped so many find their glow


Becca Cosmetics peaked in the mid-2010s with its Shimmering Skin Perfectors and it’s what the brand will be remembered for. It elevated the entire category of highlighters, inspiring other brands to create their own.

But in recent years Becca Cosmetics struggled on all fronts with product launches, inclusivity, quality control, and influencer relations. Top that off with a global pandemic, and it’s not surprising to see the brand is closing down.

But Becca’s mark on the beauty industry and my makeup routine won’t be forgotten. And I think it’s still worth stocking up on Champagne Pop — the product that made Becca shine — before it’s gone for good.

Becca Cosmetics did not immediately respond to Insider’s request for comment.

What Is the “Curlyage” Hair-Color Technique?

Jessica Debrah on Launching Her Makeup Brand, By Jess D

Jessica Debrah on Launching Her Makeup Brand, By Jess D 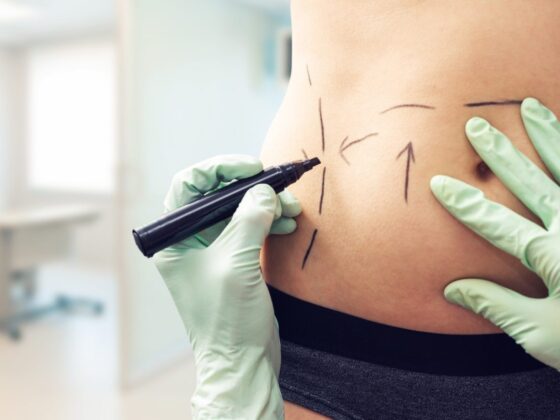 5 Tips to Know to Get the Best Tummy Tuck Results